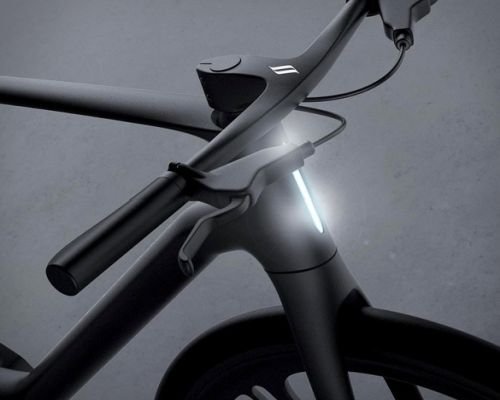 Carbon fiber bikes are nothing new, but when the tech gets together with 3D printing, things get crazy. A new northern California startup, Superstrata, is looking to disrupt the cycling world with a new line of made-to-measure 3D printed e-bikes.

Superstrata launched an Indiegogo campaign to fund the production ramp of its first e-bike, offering the promise of custom e-bikes to the masses.

Being made of an über-strong carbon fiber thermoplastic composite, these beasts are surprisingly light, thanks to the impressive weight to strength ratio of carbon fiber.

Because they are printed to the exact specifications of the buyer, they are almost instantly going to be one of the lightest electric bikes on the market for each person.

3D printing the entire frame in one pass means no additional seams, bolts, adhesives, or joints exist in the frame. That saves weight and increases the strength right off the bat.

The customization of the bike stretches beyond just the size of the frame, as Superstrata is even offering buyers the ability to customize the stiffness of the frame.

In total, there are more than 500,000 possible configurations for buyers to tune and tweak to their satisfaction.

Superstrata is building smarts into both, with integrated wiring and data in both options. They currently have nearly $4 million in preorders on Indiegogo and are scheduled to start shipping in December 2020.

This is a PRWire Feed; edited by Clean-Future Team