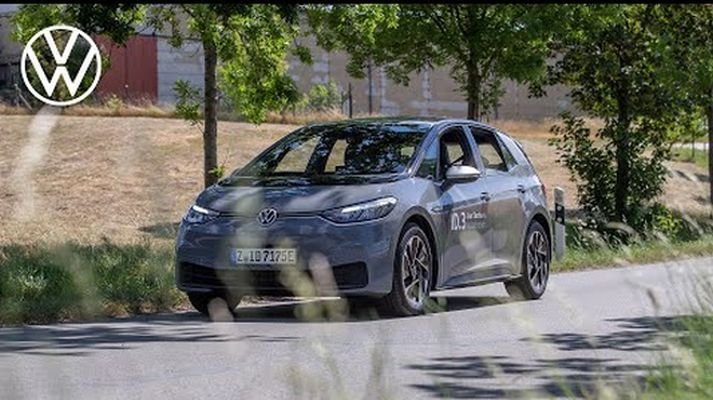 A stock ID.3 First Pro Performance equipped with a 58 kWh battery was driven from the factory in Zwickau, Germany to Schaffhausen, Switzerland — a distance of 531 kilometers — without recharging.

The official range for that model of the ID.3 is 420 kilometers using the WLTP standard.

The Volkswagen ID.3 trip was done on public roads — 44% of which were highways — at an average speed of 56 km/h — not blazingly fast but not creeping along.

During the journey, driver took maximum advantage of regenerative braking whenever possible and drafted in the wake of trailer trucks when he could.

The navigation system, daytime running lights, radio, and ventilation system were used as needed along the way.

Add in that Schaffhausen is more than 300 feet higher above sea level plus there was a cameraman and a lot of equipment along as well. The total weight of the driver, cameraman, and gear was around 250 kilos.

Is there a point to all this? Yes. If you drive an electric car like the ID.3, you can travel virtually anywhere you want without worrying about range.

There is also a lesson for those who may find themselves in need of a few extra miles from the battery — slow down and turn off the A/C or heat.

Those are pretty much the same strategies drivers have been using to eke out a few more miles from their conventional cars when there is no gas station in sight.

This model is entirely fit for everyday use and even costs less than an internal combustion model thanks to the environmental bonus. Deliveries of the ID.3 are about to begin in Europe.