Plant-Based Foods Are In Great Demand World Over 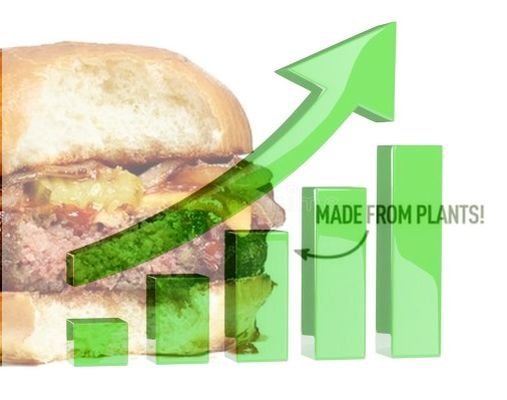 In the last 2 years, a whole new series of plant-based foods have captured the interest and taste buds of consumers. This is the result of an intensive food engineering and culinary expertise so much so that now they are making headlines.

They are being featured as a rivalry between the two US fast food giants: McDonald’s has Beyond Meat, and Burger King has Impossible Foods. Parents are grabbing up Silk yogurts for lactose-intolerant toddlers. Meat alternatives are now a common purchase for US consumers.

Plant-based foods have become marketable in the past few years due to better taste, price, and accessibility.

Plant-based milk is the most developed of all the product line’s categories, reaching $2.0b in sales in 2019. These milk alternatives account for 14% of all dollar sales of milk. 41% — or 53 million households — purchase this type of milk, which has opened up growth in other vegetable-based dairy categories.

Starbucks now has 4 plant-based offerings on its menu. The newest item is an Impossible Sausage patty, accompanied by a cage-free egg and aged cheddar cheese, all of which is served on ciabatta bread.

The move to include more vegetarian items is a result of recognition that “customers are looking for more plant-based choices.”

Plant proteins are more affordable and far better for the planet than animal proteins.

“Twenty servings of vegetables have fewer greenhouse gas emissions than one serving of meat, with beef and lamb having the highest emissions.”