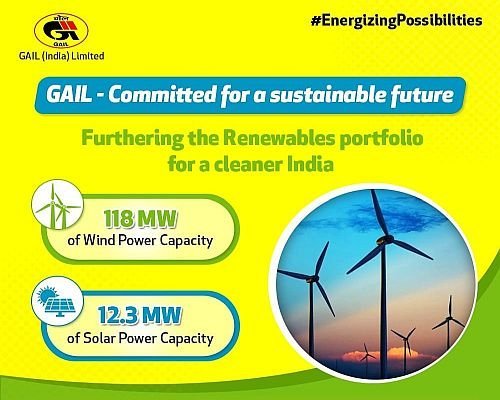 The company has some solar and wind energy projects operational. It is now looking to expand that portfolio through organic and inorganic ways.

They are looking at some possible acquisitions in the renewable energy space. It is not clear if the company is only looking to acquire projects or take stakes in project development companies.

If media reports are to be believed, days before Covid pandemic they were in advance talks and had even started due diligence of Acme Cleantech Solutions.

Acme claims a portfolio of 5.5 gigawatts, including 2.9 gigawatts of operational capacity. The company was considered among the pioneers of the Indian renewable energy sector.

However, over the last couple of years it has stayed away from competitive auctions following some aggressive bids. The company has sold a number of its solar power projects, including 600 megawatts to Actis.

GAIL was reportedly looking to pick up a 49–74% stake in the company. No major progress has been reported about this transaction since March.

India lags behind its mammoth target to achieve 175 gigawatts of operational renewable energy capacity by the end of 2022. The government has thus turned to public sector companies to take aggressive measures in renewable energy sector and GAIL’s search is an example of that 😉