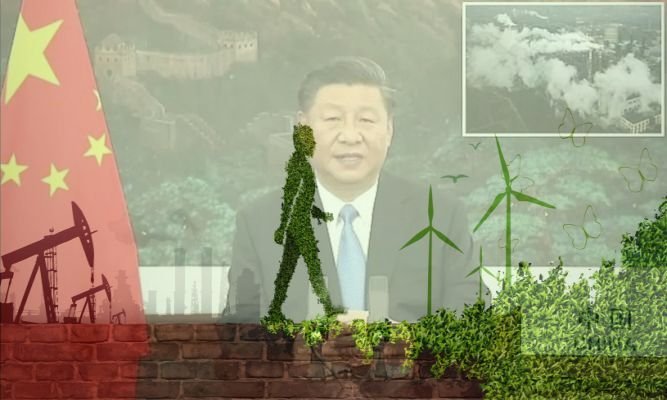 China the world’s largest energy user and greenhouse gas emitter, who burns half the world’s coal, and is the top importer of oil and natural gas, plans to go carbon-neutral by 2060.

Transitioning that economic behemoth to carbon-neutrality within a few decades could cost $5.5 trillion, Sanford C. Bernstein & Co estimates, and require the deployment of technologies that are barely in use today.

While President Xi Jinping’s comments during his speech to the United Nations on Tuesday were void of details, he did said they would scale up its Paris Agreement commitments through “more vigorous” measures and may provide more details about its new climate strategy in an official submission to UN later this year.

Non-fossil fuels, which account for about 15% of the country’s primary energy mix now, will have to take a huge leap forward.

China had about 213 gigawatts of solar and 231 of wind power capacity installed at the end of last year, according to BloombergNEF.

Other carbon-free sources, like nuclear power, will also have to increase. It’s first homegrown reactor recently began loading fuel, and the country has started approving new plants after a freeze that lasted several years.

The increase in renewables would mean a reduction in fossil fuels from about 85% of the energy mix now to 25% or less, according to Bernstein, which earlier this week published an estimate that net-zero carbon by 2050 would cost $180 billion annually.

“But just because it’s possible doesn’t mean it will be easy for China to make the switch. What’s being contemplated here has never been done before.”