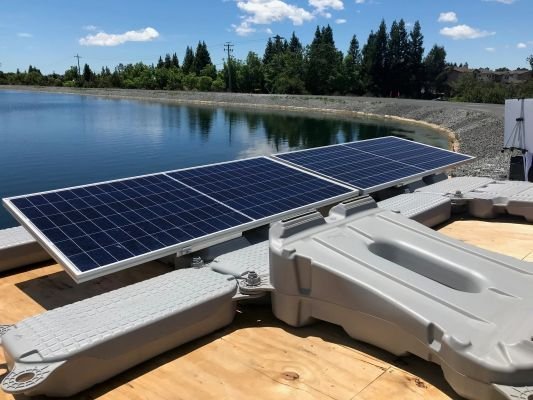 The country’s biggest floating solar power project is coming up at Sagardighi Thermal Power Project (SgTPP) in Murshidabad, with the state government’s initiative of setting up a power plant that will benefit residents of 1 lakh households in the area.

West Bengal Power Development Corporation Limited (WBPDCL) will commission the plant that will have solar modules afloat on the Hydrolio floating platform, made by French company Ciel & Terre.

The project is to be developed in raw water pond number 3 of SgTPP on a turnkey basis.

After this, WBPDCL will come up with another 5MW floating solar PV project for Santhaldih Thermal Power Station in Purulia district.

Till date the country’s biggest floating power plant was at Chittoor in Tirupati and it was of 4 MW capacity.

Another 200 MW solar power project is coming up at Digha in East Midnapore which is the outcome of the business conclave that was held at Digha in November 2019.

This project will ensure generation of 350 million units of power per year and check 500 thousand tonnes of carbon emission. The is coming at a cost of Rs 1200 crore.

KFW, the Frankfurt based state-owned development bank, is extending financial assistance of Rs 1000 crore while the state government is contributing Rs 200 crore for the same.