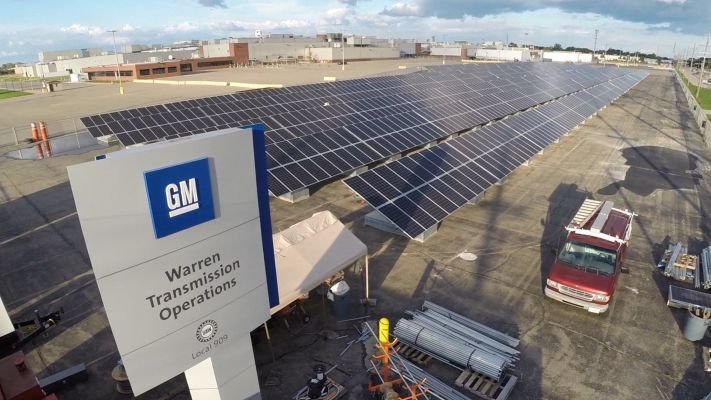 General Motors (GM) has realized that putting solar solar panels on the roofs of its factories can only go so far when the aim is total decarbonization.

With that in mind, last year GM raised the renewable energy bar with a deal to purchase 300,000 megawatt-hours in wind energy through the Michigan utility DTE.

The commitment kickstarted the development of three new wind farms, and GM added solar to the mix in April with another commitment of 500,000 megawatt-hours of renewables through DTE.

GM’s new Arkansas solar deal could have a similar ripple effect on solar development in Arknsas, because it positions the state as a solar power exporter.

The arrangement involves a power purchase agreement, in which GM will dedicate all 180 megawatts of solar power to three out-of-state facilities: the Wentzville Assembly in Missouri, and the Lansing Delta Township Assembly and Lansing Grand River Assembly in Michigan.

The GM solar deal could also help vault the US solar manufacturing industry back onto the world stage. The solar project’s original developer, First Solar, is also manufacturing the solar panels for the array.

In a press release, the automaker noted that First Solar is the only US-headquartered manufacturer to win a slot among the largest nine firms in the world.

The US Environmental Protection Agency also recognized GM last month, when it released the 2020 results for its Green Power Leadership Awards program.