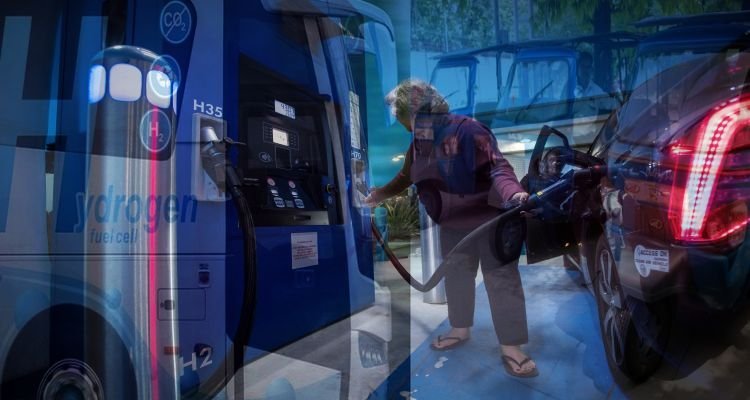 Even as the country aims to reduce fossil fuel-based emissions by building renewable energy capacity it is simultaneously exploring the use of hydrogen technology to store electricity that can run vehicles and balance power systems.

This will reduce dependence on imported products.

Hydrogen technology based batteries are cheaper and more efficient than the lithium-ion batteries in use at present.

While a majority of light passenger vehicles can be electrified through lithium-ion batteries, the technology is unviable for heavier goods carriers which take impractically long to charge.

According to experts, as against the more than 90 minutes it takes a heavy battery electric vehicle to charge, hydrogen fuel cell vehicles can be charged in 5-15 minutes.

It is this comparative advantage that has made several state-owned and private companies chart long-term plans for the use of the technology.

NTPC has already signed an MoU with Siemens for production of green hydrogen from the company’s renewable energy plants and its use in transportation.

The Indian Oil Corporation too is targetting development of fuel cells for green mobility solutions and indigenous hydrogen storage solutions. They are using hydrogen generation technologies from companies like Germany’s Linde, Denmark’s HaldorTopsoe and the Netherlands’ KTI across its refineries.

The International Energy Agency (IEA) has estimated that India will become the largest market for utility-scale battery storage by 2040.