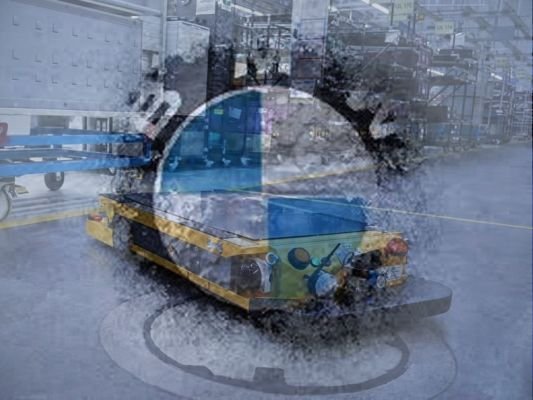 BMW Group has just launched a new company that is fully focused on becoming “a leading supplier of autonomous robotics solutions in the logistics sector.”

The company is called IDEALworks GmbH (because normal names are so out of date), with the IDEAL acronym representing “Industry Driven Engineering for Autonomous Logistics.” Naturally.

The Smart Transport Robot, STR, was developed in 2015 in collaboration with the Fraunhofer Institute. The flat, autonomous and mobile robots can transport goods weighing up to one ton to their destination.

They independently calculate the best route and move freely around the space using the SLAM (Simultaneous Localization and Mapping) navigation method.

The SLAM algorithm does not require permanent navigation transmitters to be installed in buildings and can therefore be set up quickly in a new environment without requiring any structural adjustments.

An integrated battery module from the BMW i3 is able to supply the STR with power for at least an entire shift. The next generation of the STR will be rolled out at the end of 2020.

Uptime is 98%, with each unit traveling an average of 20 km a day in current applications. The robots are in use right now in BMW’s seat factory in Munich, Germany.

The Smart Transport Robot, STR, in particular has met with great response and has seen demand from both within and outside of the BMW Group so the company is planning to become a provider of logistics robotics beyond the automotive industry and thus have created a new company for this purpose – IDEALworks GmbH.