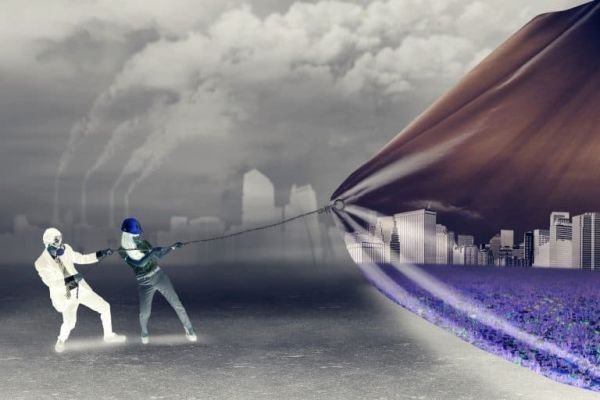 A team of scientists seems to have developed a cleaner way of generating fuel for gas-burning cars — using nothing but renewable energy.

The new process takes carbon dioxide and water and then combines them into the fuel methanol using electricity generated from nothing more than the daily rise and fall of temperatures.

Typically, converting carbon dioxide to methanol takes extremely high temperatures—between about 400-500 degrees Fahrenheit—and that takes a lot of energy, making it harder to get to that coveted carbon-neutral or even negative state.

But the team of researchers in the Chinese university system developed two-dimensional nanoplates that can harness enough electricity just from the temperature change between day and night.

The methanol yield can be as high as 55.0 μmol⋅g−1 after experiencing 20 cycles of temperature-variation.

Of course, this cleanly-synthesized methanol will still burn and give off greenhouse gases whenever it’s used, so even this new process wouldn’t be as good for the planet as electrification and doing away with gasoline altogether.