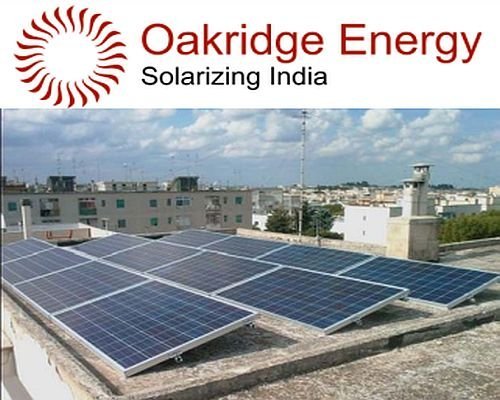 Oakridge Energy, one of the leading solar power company in the country, has signed up with Kendriya Vidyalaya and Delhi government for solarizing schools in Delhi.

The company has recently solarized over 15 of the largest schools of the Department of Education in Delhi this year.

With the largest portfolio of projects under execution and maintenance in Delhi, the company has aggressively undertaken this initiative of solarization of government schools and colleges under the state government’s Solar Policy introduced in 2016.

Installation of Solar plants at these institutions will not only enable them to become more energy independent, but will also result in substantial savings in electricity bills and generate an additional income through the sale of surplus power to the utilities.

Under this scheme, Delhi government schools will not be required to make any investment, with the Oakridge Energy making all the investment. Schools would purchase the power at Rs 3.13/kWh, which is a discount of 65 per cent on their electricity bill.

The project is developed by Oakridge Energy and subsidized by the Central government’s capital subsidy scheme for government buildings, which Delhi government has utilized for solarizing its schools.