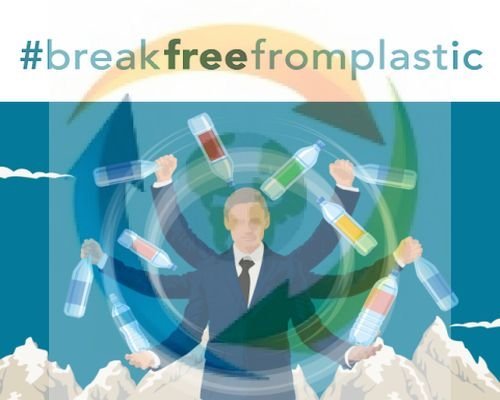 Break Free From Plastic engaged 14,734 volunteers in 55 countries to conduct 575 brand audits for its “Brand Audit” Report 2020. These volunteers collected 346,494 pieces of plastic waste, 63% of which was marked with a clear consumer brand.

Participants catalogued over 5,000 brands in this year’s global audit. The analysis reveals the following as the 2020 Top 10 Global Polluters:

The title of Top Global Polluters describes the parent companies whose brands were recorded polluting the most places around the world with the greatest amount of plastic waste.

2020 Top Global Polluters remain remarkably consistent with the previous brand audit reports, demonstrating that the same corporations are continuing to pollute the most places with the most single-use plastic.

Coca-Cola, Nestlé, and PepsiCo have remained our Top Three Global Polluters every year since the first global brand audit in 2018.

For the third consecutive year, Coca-Cola emerged as the #1 Top Global Polluter. A total of 13,834 branded Coca-Cola plastics were recorded in 51 countries, reflecting more plastic than the next two top global polluters combined.

These results amount to a significant increase, as the report recorded 2,102 more branded Coca-Cola plastic items in 14 more countries in 2020 than in last year’s global brand audit.

Seven of the top polluters —The Coca-Cola Company; PepsiCo; Nestlé; Unilever; Mondelez International; Mars, Inc.; and Colgate-Palmolive— have joined The New Plastics Economy Global Commitment, but this is not enough.

According to a recent Ellen MacArthur report, the signatories to the New Plastic Economy Global Commitment have only reduced their use of virgin plastic by only 0.1% from 2018 to 2019.

Finally, they must reinvent their product delivery systems to move beyond single-use plastic altogether and if they don’t do this we should STOP buying their products because they exist only as long as we keep BUYING…