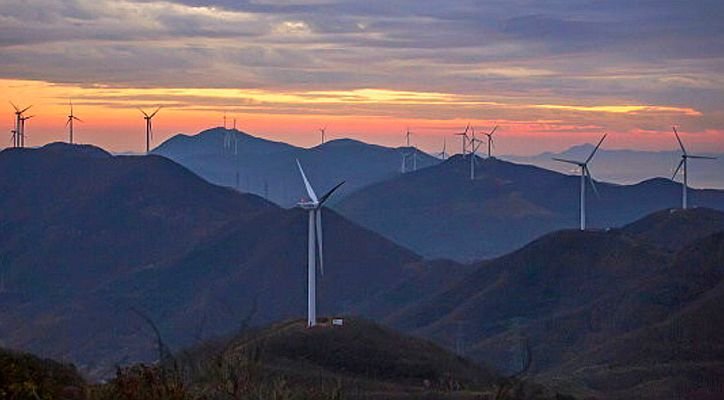 In a record-setting year, the wind market commissioned nearly 100 gigawatts of new build in 2020. Undeterred by the coronavirus pandemic, installations grew 59% year-on-year.

Developers commissioned some 96.3 gigawatts globally in 2020, compared with 60.7 gigawatts the previous year.

Just four manufacturers accounted for more than half (51%) of the machines deployed: General Electric (GE), Vestas, Goldwind and Envision all commissioned over 10 gigawatts last year, as the gap widened between the leading manufacturers and smaller players.

The latest data from research company BloombergNEF (BNEF) shows that GE and Goldwind were the top two turbine suppliers in 2020, following a surge in installations in the U.S. and China.

Vestas, which placed first for four years, fell to third place in the 2020 ranking.

GE earned its spot at the top of the ranking by increasing its onshore installations by 6.6GW year-on-year, with installations in the U.S. accounting for some 70% of its 13.5GW global portfolio.

Nearly every turbine maker is now selling turbines into China, and in 2020 it was the second-largest market for both GE and Vestas. China, meanwhile, accounted for 98% of the capacity commissioned by Chinese turbine makers.

The articles is based on BloomberNEF report named “Global Wind Turbine Market Shares.”