US Resorting To “Cloud Seeding” To Avoid A Megadrought 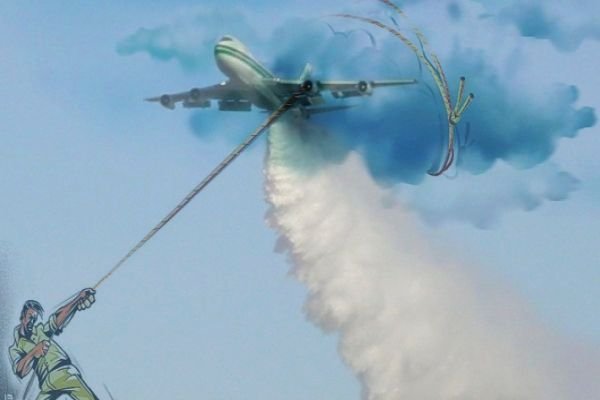 Eight US states are now using a technique called “cloud seeding” to encourage clouds to form and provide drought-stricken regions with some much needed water.

As huge swathes of the West Coast are facing some of the most serious droughts the region has ever seen — almost certainly as a result of climate change and atmospheric scientists seem to have suggest this as a solution for now.

The idea of cloud seeding has been around for decades, since at least the 1940s, but the practice couldn’t be more relevant today as temperatures rise, increasing the risk of droughts.

In fact, some researchers are now warning of increasing risks of “megadroughts” that could last for decades.

The cloud seeding technique involves releasing silver iodide particles, which have very similar structures to ice, in the air, often from planes. Once they reach the inside of clouds, they attract droplets, which then cluster and freeze as they gather.

The result, in theory: more fresh water reaching the ground.

There’s one big problem, however: we’re not entirely sure how well it works. Experiments throughout the second half of the 20th century have yielded disappointing results.

But with a rapidly changing climate, it’s arguably worth trying every trick in the book to save drought-prone regions.