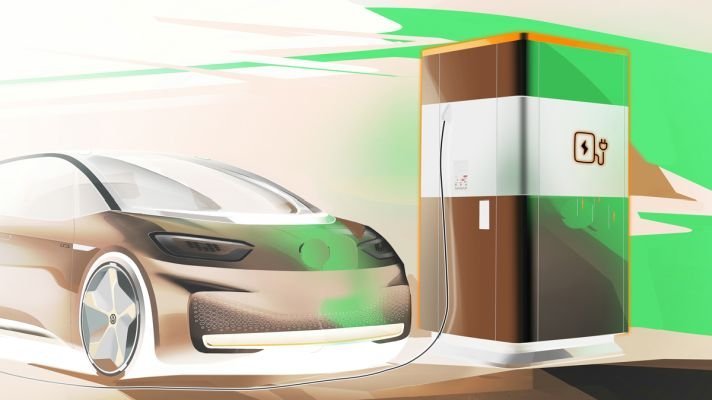 Scientists in Russia introduce a promising new material for battery energy storage, the product of more than three years of research.

Incorporating a nickel-salen polymer into the cathode, the group demonstrated a battery that can charge and discharge ten times faster than today’s lithium-ion batteries.

Since 2016, a group of scientists at Russia’s St. Petersburg University has investigated a group of materials known as redox-active nitroxyl-containing polymers.

These materials are known to have high energy density and a fast redox potential – bringing the potential for fast-charging batteries. They are held back, however, by low conductivity.

As a way to overcome this, the group set out to synthesize a polymer from a nickel-salen complex, which acts as a molecular wire to which nitroxyl “pendants” are attached.

The group first simulated the characteristics of different materials in the group, to understand the best combinations. Then they began to synthesize the compounds, eventually finding one that was stable and efficient enough to work with, and began testing its storage capabilities.

Results of this testing are found in the paper The Fast and the Capacious: A [Ni(Salen)]‐TEMPO Redox‐Conducting Polymer for Organic Batteries, published in Batteries and Supercaps.

NiSalen simultaneously serves as a charge collector for nitroxyl pendants and supports the redox capacity of the material.

The new battery is capable of operating at low temperatures and will be an excellent option where fast charging is crucial. It is safe to use – there is nothing that may pose a combustion hazard, unlike the cobalt-based batteries that are widespread today.

It also contains significantly less metals that can cause environmental harm.

The battery still lags in terms of overall capacity so the next step for the researchers is to work on improving the capacity, which they estimate is currently 30 to 40% below commercial lithium-ion.