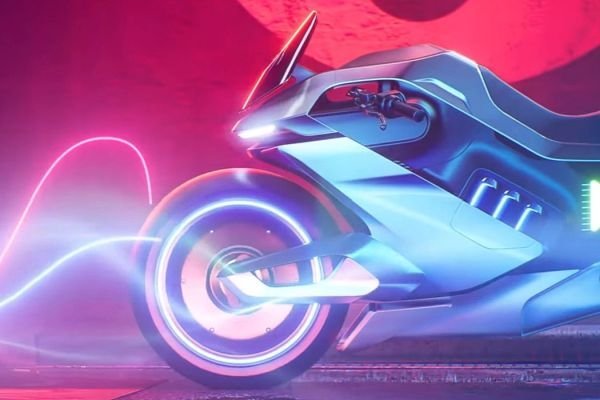 Segway Ninebot recently revealed plans for an all-new, full-sized electric sportbike promising a 0–60 MPH time of about 4 seconds and a 90+ MPH top speed.

Other than the fact that this would be company’s first foray into the grown-up motorcycle market, there really wouldn’t be much to say about it — except that there is, because Segway’s upcoming motorcycle will be powered by hydrogen.

The hydrogen play, though, is very surprising. In fact, it’s downright baffling — especially as Segway seems to be pushing for its hydrogen to be stored in hot-swappable, refillable canisters (the soda can-looking deals on either side of the fairing).

Where and when the canisters would be filled remains a bit of a mystery.

As a motorcycle, the bike promises to offer a rigid frame and an innovative single-sided suspension with a single swingarm front and rear. The illuminated wheels, too, seem to add a very desirable, futuristic vibe to the whole thing.