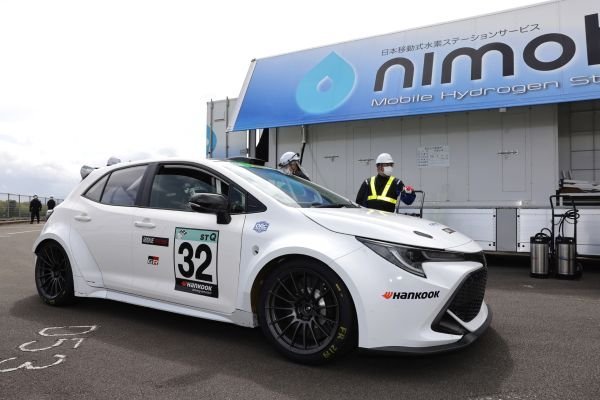 Japanese auto giant Toyota is working on a new-age hydrogen vehicle. This time, they have came up with something completely different as they have not used fuel cell technology.

At the end of last year, they built a prototype that provided the ‘car feeling’ that car lovers love, such as sound and vibration, even though they were dealing with green technology.

A Corolla Hatchback was fitted with a hydrogen-sipping internal combustion engine. It also has an all-wheel-drive system. Just watch the video to understand what i mean by ‘car feeling’ –

Toyota claims the fuel is 100-percent hydrogen with zero gasoline content. With no fossil fuel to burn, the innovative hydrogen engine emits nearly no CO2.

However, the car produces a certain amount of noxious gasses as the engine burns hydrogen and oxygen from the air. It’s not a zero-emissions vehicle like an all-electric vehicle (EV) or FCEV, but it significantly emits less toxic substances than a pure gasoline car.

Toyota is fielding its hydrogen-sipping Toyota Corolla Hatchback in the 2021 Super Taikyu 24 Hour Endurance Series from May 21 to 23, 2021.

Win or lose; It’s about time that a cleaner-burning gas engine enters the race track, and you get all the sound and vibration of a conventional vehicle without burning a drop of fossil fuel.