Cost Of Solar Projects To Rise Due To Extreme Weather Events 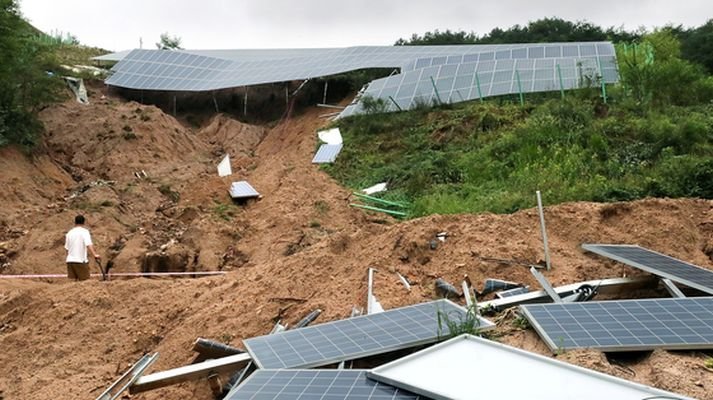 The cost of building solar and road projects in western India is expected to rise following an increase in the frequency of extreme weather events such as cyclones in the region.

Like it happened in the states of Gujarat, where Cyclone Tauktae made landfall earlier this week, damaging some solar parks and roads, solar power tariffs are expected to go up.

With high-speed winds recorded on land during the cyclone, companies are now looking to focus on exhaustive cyclone studies for solar sites in Gujarat and Rajasthan.

While cyclones in the Bay of Bengal have been a regular phenomenon, they are also turning up in western India amid rising temperatures in the Arabian Sea, which experts attribute to climate change.

Historically, the ratio of cyclones emerging in the Arabian Sea to the Bay of Bengal region has been 7:3.

Over the last three years, we are witnessing a sudden increase in the number of cyclones over the Arabian Sea due to increasing temperature.

This assumes significance given Gujarat and Rajasthan are states with high solar power potential and crucial for India to achieve its target of setting up 175 gigawatts (GW) of renewable capacity, including 100GW of sun power by 2022.

Given the cyclonic activity in the region, project developers will have to focus on securing their assets. Bidders are likely to factor in the cost of disruptions caused by high-speed winds, rain and flooding in their financial models.