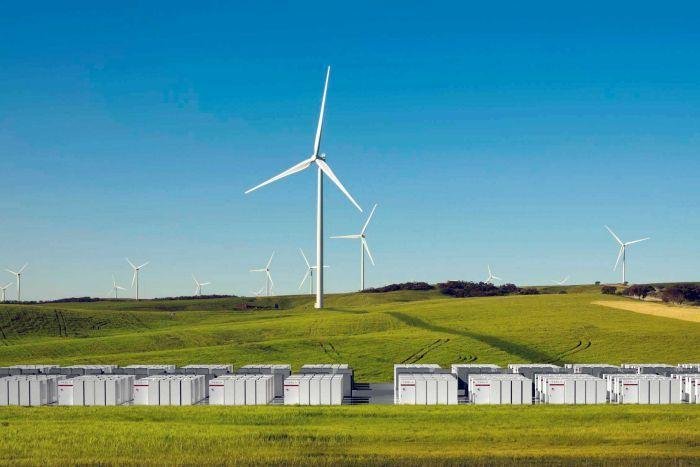 Tesla and French renewable energy developer Neoen won South Australia government 100MW battery storage tender, probably the largest in the world. The 100MW/129MWh battery bank will be built at Neoen’s huge Hornsdale wind complex near Jamestown, where the last stage of a 309MW project is currently being completed.

South Australian customers will be the first to benefit from this technology which will demonstrate that large-scale battery storage is both possible and now, commercially viable.

The addition of the storage facility at the biggest wind farm in the state will add to the state’s energy security – providing quick reactive power in the events of faults, and smoothing the output of wind – it will also add much needed competition into the state’s energy market. The arrival of a “dispatchable” renewable energy generator means that prices will no longer be controlled only by a handful of gas-fired generators, who have been largely responsible for the state’s soaring gas prices. It will also likely mean new rules that threaten to restrict wind output will also be dropped.

After leading the nation in renewable energy, the 100MW / 129MWh battery places South Australia at the forefront of global energy storage technology. The battery will operate at all times providing stability services for renewable energy, and will be available to provide emergency back-up power if a shortfall in energy is predicted.

Neoen and Tesla have a track record in comparable scale projects, and are committed to delivering on time at the lowest cost with a suite of value-added initiatives. Neon’s said the Hornsdale Power Reserve will become home to the largest lithium ion battery in the world, and would take the company’s long-term, direct investment in South Australia to almost $1 billion since 2013.