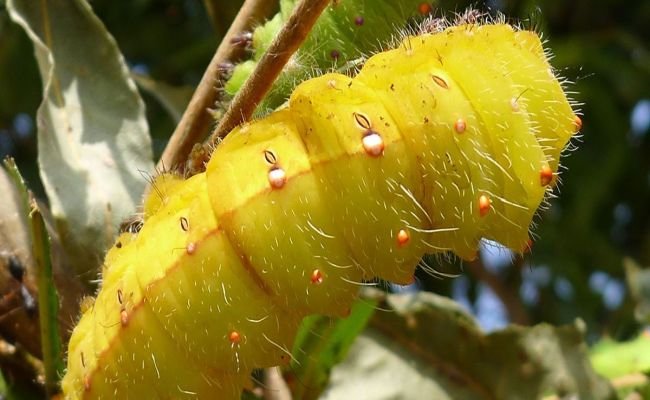 Silk is often used for a range of applications like making surgical sutures and drug-delivery systems or wearable devises like hearing aids, due to the fibre’s superior mechanical properties and acceptance by the human body without any harmful effects, Recently silk cocoon membrane has also been found to generate electrical current and is being explored for use in biosensors. Scientists have now found that wild varieties of silk such as tasar are tougher, and thus, better suited for medical applications like making biomaterials.

Silk is mainly produced by insects of families Bombycidae and Saturniidae. Silk obtained from domesticated silkworm Bombyx mori is known as mulberry silk. The present study was done to determine properties of mulberry silk and tasar silk produced by the wild moth species Antheraea papiha. The results of this study published in journal Current Science show that tasar silk is stronger, tougher and coarser than mulberry silk besides having a more distinctive colour.

Tasar silk is unlikely to get damaged by relatively higher temperatures. It has low moisture content and also loses less moisture. This property increases its strength compared to mulberry fibres. Tasar silk is cheaper than mulberry silk and can also be used for various applications like drug delivery and making electronic appliances and sensors.

Raw silk consists two proteins – sericin and fibroin. Sericin forms the sticky material surrounding silk and protects it against wear and tear, while fibroin is known for its toughness, ability to last and shine. Spider filament is recognised for its unique combination of high strength and toughness. However, only silk of moth caterpillars is used in commercial textile manufacturing.

“Understanding structure, form and thermal properties of the silks produced by caterpillar moths helps us understand why these fibres react or behave in a certain way. Our findings may be useful in developing new varieties of protein fibres and designing artificial structures which can help humans,” said the researchers.