Impact of Actions to Reduce Pollution in Yamuna River 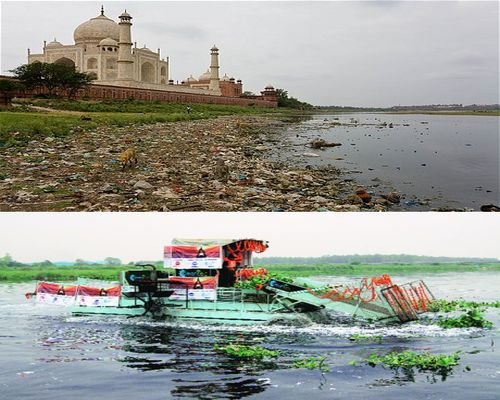 The Ministry of Water Resources, River Development & Ganga Rejuvenation is supplementing the efforts of states for checking the rising level of pollution of river Yamuna, by providing financial assistance to states of Haryana, Delhi and Uttar Pradesh in a phased manner since 1993 under the Yamuna Action Plan (YAP). The total expenditure incurred on conservation of river Yamuna under the YAP Phase – I & II is Rs. 1514.70 crore.

At present, Japan International Cooperation Agency (JICA) assisted YAP Phase-III project is under implementation at an estimated cost of Rs 1656 crore in Delhi for rehabilitation and up-gradation of existing Sewage Treatment Plants (950 Million Litres Per Day) and Trunk sewers (43 kms) in Delhi. Delhi Jal Board (DJB) is the implementing agency.

The duration of YAP-III project is 7 years. As part of various steps to clean river Yamuna under the Hon’ble National Green Tribunal (NGT)’s Maily Se Nirmal Yamuna Revitalization Plan 2017, Phase-I, the Ministry has sanctioned the Sewage Treatment Plant (STP) works in command area of Najafgarh Drain (Dhansa to Keshopur) in Delhi for an estimated amount of Rs. 344.81 crore.

In addition to these, following projects have been undertaken by the State Govt. of Delhi for addressing the problem of pollution of river Yamuna:

The main project components include construction of new STPs of 70 MLD capacity and rehabilitation of existing STPs of 75 MLD capacity. The works have been implemented by Public Health Engineering Department (PHED), Haryana.

These works are in bidding stage.