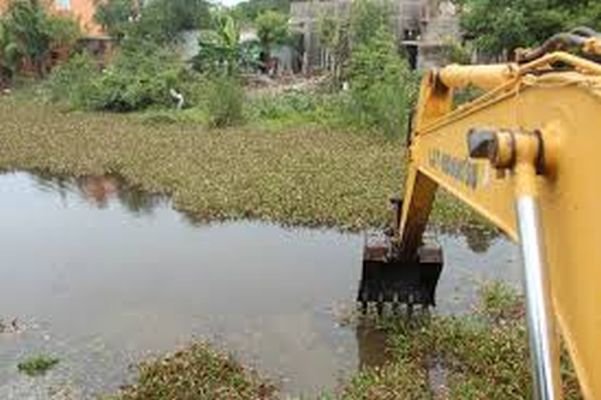 In order to supplement the efforts of the State Governments, Ministry of Water Resources, River Development and Ganga Rejuvenation (MoWR, RD & GR) provides technical and financial assistance to encourage sustainable development and efficient management of water resources through various schemes and programmes such as Repair, Renovation and Restoration (RRR) of water bodies scheme and Dam Rehabilitation and Improvement Programme (DRIP).

DRIP is a State sector scheme with two central components i.e. for CWC & DVC. All the expenditure is incurred by the DRIP Implementing Agencies (IAs) from their budget and reimbursed by the World Bank (to the tune of 80% of the total expenditure incurred).

Under DRIP, de-siltation works of two dams of Tamil Nadu Generation and Distribution Company (TANGEDCO), namely, Kundahapalam and Papanasam have been taken up at a cost of Rs.18.19 crores and Rs.13.26 crores respectively.

Tamil Nadu Irrigated Agriculture Modernization and Water Bodies Restoration and Management Project Phase-I was received in 2007 for external funding of $ 335 million from World Bank. The project was completed on 15th January 2016.

Tamil Nadu Irrigated Agriculture Modernization and Water Resources Management Project Phase-2 was approved and recommended by MoWR, RD & GR. The project was sent to Department of Economic Affairs on 29th June 2015 for external funding agency from the World Bank.

The main objective of this project is to increase irrigated agriculture productivity in a sustainable water resource management framework for selected Cauvery sub-basin stakeholders. World Bank has accepted the project for loan assistance on 26th October 2015.

This is an unedited PIB feed.