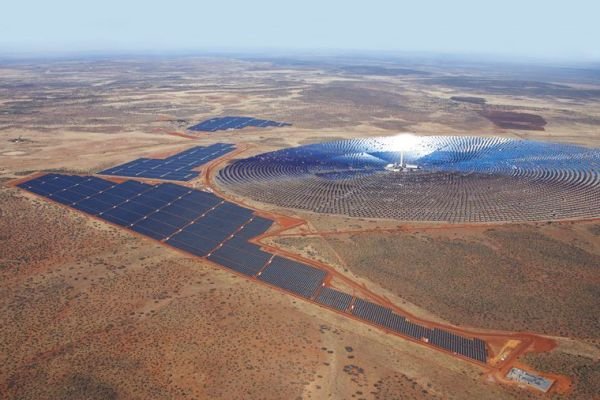 Clean energy companies like SolarReserve want to prove molten salt can aid solar power electricity any time of day. The potential is there, but the price of generating power and the importance of energy storage must be addressed.

In 2015, the company brought its 110-megawatt Crescent Dunes solar energy facility in Nevada online, bringing with it 1,100 megawatt-hours of energy storage and the ability to power 75,000 homes in Nevada. Similar concentrated solar power (CSP) projects are planned for South Australia, Africa, Chilé, and more countries around the world.

Unlike solar and wind power, which can reduce the need for fossil fuel energy when the sun’s out or when it’s windy, facilities that utilize molten salt can operate at any time of day and store energy for up to 10 hours. This form of power comes about quite simply: sunshine concentrated onto a tower by a field of mirrors heats molten salt within the tower to over 1,000 degrees Farenheit, which can then be used to generate steam and turn a turbine.

Meanwhile, Spanish engineering company Sener has two projects for Ouarzazate, Morocco in the works that use molten salt. The price of the two projects isn’t quite low enough yet, but the expected price drop could put the company in a prime position to push their CSP projects.

Even Google has plans to store renewable energy in molten salt, but it still needs to test its own system to see if it can be used commercially.