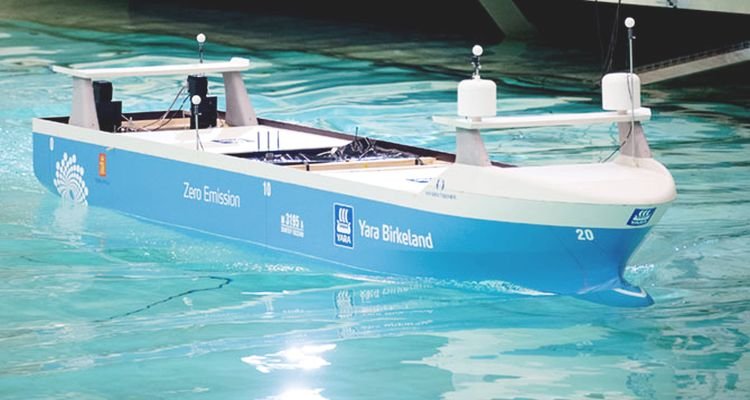 The prominent shipping industry firms Wilhelmsen and KONGSBERG are partnering to launch a new autonomous shipping firm by the name of Massterly. It is the world’s first such company.

Consequently, autonomy is also seen as a possibility for maritime transport to meet today’s and tomorrow’s competitiveness, safety and sustainability challenges.

KONGSBERG is developing autonomous / unmanned / self-driving ship control systems. They are involved in a number of projects, that focus on integrated sensor technology, and automated collision avoidance.

They are a key stakeholder in the world’s first official autonomous vehicles test bed, and hold the worlds first contracts for commercial delivery of an autonomous vessels.

Massterly will reportedly provide customers with the entire works when it comes to autonomous shipping — with vessel operation, design and development, logistics (via land-based control centers), and control systems.

This announcement follows the announcement that the world’s first fully electric container vessel (and also a fully autonomous design) — the YARA Birkeland —the world’s first fully electric and autonomous container ship, with zero emissions. KONGSBERG is responsible for all key enabling technologies including the sensors and integration required for remote and autonomous operations, in addition to the electric drive, battery and propulsion control systems.

YARA Birkeland will initially operate as a manned vessel, moving to remote operation in 2019 and expected to be capable of performing fully autonomous operations from 2020.

The idea behind Massterly is that further ships along the lines of YARA Birkeland can be provided to customers and managed/operated by the provider (Massterly).

Current plans call for the new firm to be fully operational by the beginning of August, 2018.