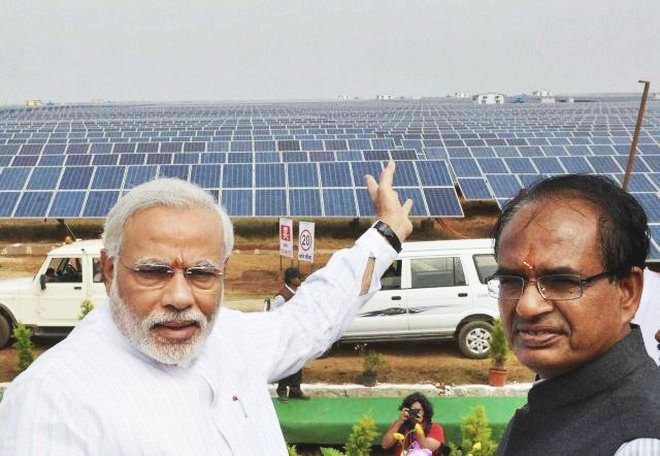 A Financial Advisory Services Agreement has been signed between the New and Renewable Energy Department and International Finance Corporation (IFC) of the World Bank to set up Solar Parks in Shajapur, Agar and Neemuch after the successful establishment of Rewa Solar Project, the biggest solar power project of the country.

The Shajapur Solar Park will have 500 M.W.capacity, whereas Agar and Neemuch Solar Parks will have 550 and 450 MW capacity.

The Rewa Solar project of Madhya Pradesh, one of the biggest solar power projects of the World has been presented by the Union Government as the model before other states. The project has also been awarded with the World Bank President Award. Production in this project will commence from this month itself.

Work to set up solar parks of 2000 MW capacity is under progress in the state to achieve the target of 100 GW capacity till 2022 of the Prime Minister under the Paris agreement. For the 1500 MW solar park, 89 per cent land has been procured.

Loan has been received from the World Bank for infrastructure development. Besides, consent has been given by the Power Distribution Companies of Madhya Pradesh and Indian Railways for purchase of power.