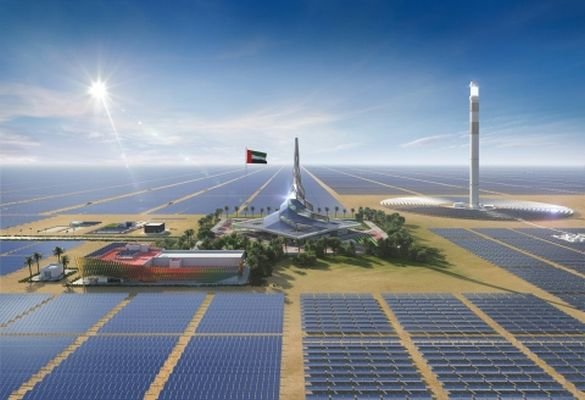 The 3rd phase is being implemented in partnership with a consortium led by Abu Dhabi Future Energy Company (Masdar) and Électricité de France (EDF) Group. The second and third stages of this phase, which have a capacity of 300MW each, will be completed in 2019 and 2020 respectively.

This plant is the first in the Middle East and North Africa (MENA) to use a single-axis solar tracking system, which increases energy efficiency by 20-30%. It uses over 800,000 self-cleaning solar cells that maintain a high-performance level.

The project provides over 60,000 residences with clean energy, reducing over 270,000 tonnes of carbon emissions annually. It was implemented with over 2.4 million accident-free man-hours.

This project has increased the share of clean energy to 4% of Dubai’s total installed capacity. Capacity of the photovoltaic and Concentrated Solar Power (CSP) IPP–based projects currently under construction is 1,500MW.