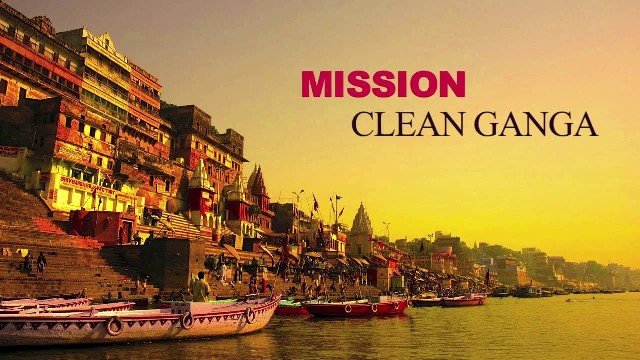 Namami Gange an integrated Ganga Conservation Mission is an umbrella program with the aim to integrate previous, currently ongoing and new projects planned as part of the program at an indicative cost of Rs. 20,000 crore.

The program is to be implemented over a period of five years ending on December 2020. ‘Namami Gange’ approaches Ganga Rejuvenation by consolidating the existing and ongoing efforts and planning for a comprehensive action plan for future.

It is a general perception that nothing significant is being done under Namami Gange Program but this is not correct. 251 Gross Polluting Industries (GPI) have been closed and closure directions have been issued to non complying GPIs.

Real time monitoring of pollution is being done in 938 industries. 211 main ‘Nallas’ have been identified which are causing pollution in Ganga and 20 modular STPs are being deployed to treat Nalla water. Regular review meetings with all the states government officials, contractors, consultants are being done and obstacles regarding DPR’s, Tendering Process, finalisation of design, Payment to contractors are being removed for speedy completion of Projects.

Almost all the 4470 villages on the bank of Ganga are now Open Defecation  Free (ODF) and now the working is on strategy of ODF plus which is Solid-Liquid waste management, tree plantation, making villages and towns plastic free and awareness program for the same is being implemented.

“We hope to clean 70 to 80 percent Ganga by March 2019, ” as was stated by Union Minister for Water Resources, River Development and Ganga Rejuvenation, Shri Nitin Gadkari.