The Future of Fuel Efficiency: Cars Talking to Other Cars 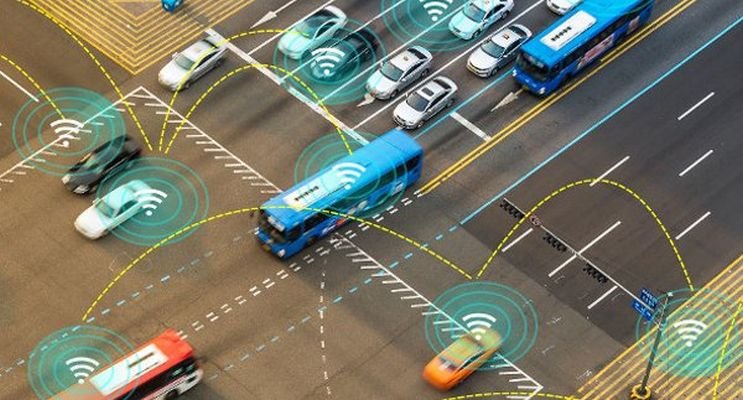 The idea ‘Cars Talking to Other Cars’ comes out of recent research from the University of Michigan and California Institute of Technology. In particular, an autonomous vehicle that was controlling its speed based on the speeds of multiple surrounding cars was twenty percent more energy-efficient than it was without those networks.

The key is looking beyond current “smart” cruise-control features, which only respond to the car immediately in front of you. By connecting to a broader network of cars through what the researchers call “vehicle-to-everything communication,” the autonomous vehicle was able to slow down using 60 percent less braking force than a human driver.

Because they knew what traffic was coming several cars away — instead of just a single car in front of them — the networked cars needed less fuel to get back up to speed, and therefore, were more energy efficient. In other words, whether you’re stuck in traffic or coasting down a highway, this technology could give you a smoother, less nauseating, more eco-friendly ride.

This technology can start saving fuel even before self-driving cars gain widespread adoption. Even if people were driving all the cars surrounding the autonomous vehicle, the self-driving software was still able to smooth its speed transitions, braking more gently and using less fuel than it would have without the improved communication.

If you’re truly concerned about how much carbon dioxide you’re putting into the atmosphere when you drive to work, keep in mind that a bus pass is much cheaper and more environmentally-conscious, still if you have to drive, do try to ease off the brakes a bit ;o)