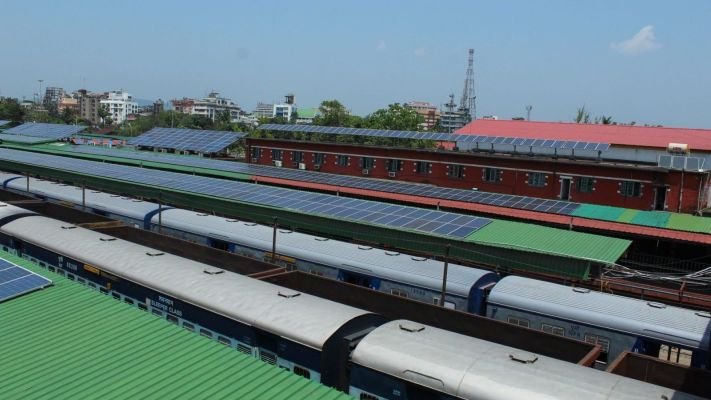 The Guwahati railway station building has grid-connected rooftop solar panels totalling a capacity of 700 kilowatt (0.7 megawatt) that will cater to the electricity needs of the station, the coach depot, and the railway colony area, the Northeast Frontier Railway, an arm of the Indian Railways, said in a statement.

This will help the railway network save around Rs67.7 lakhs (approximately $99,900) per year in electricity bills. State-run engineering company Central Electronics executed the Rs6.7 crore (around $ 1 million) project, which has been funded by the Container Corporation of India (CONCOR), a subsidiary of the Indian Railways.

The solar-powered railway station initiative is part of the Indian Railways’ broader plans to put up 5,000 MW of solar power capacity to meet around 25% of its energy needs through renewable energy by 2025.

Multiple other railway stations in small cities across the country, such as Mangaluru, Thiruvananthapuram, and Jaipur, too, are powered partially by solar and wind energy.