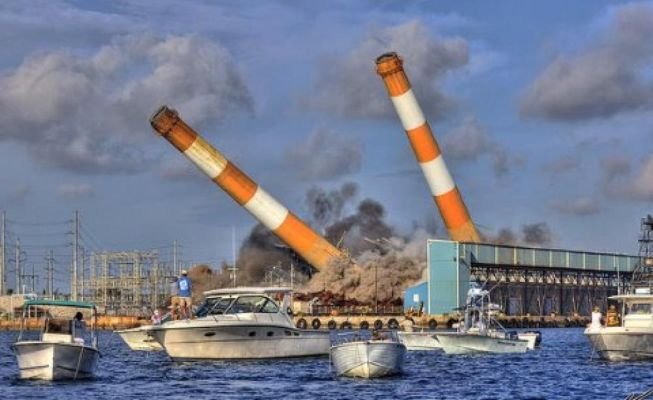 Nitrogen really prefers to stay in the form of nitrogen gas — N2, though plants are capable of breaking down N2 in their root systems, but scientists have never been able to manage the same trick without expending massive amounts of energy — which often comes from burning fossil fuels.

Nitrogen makes excellent fertilizer. A century ago, two German scientists — Franz Haber and Carl Bösch — devised a way to create nitrogen fertilizer, but it is an energy intensive process. Today, 2% of the world’s energy is devoted to making fertilizer using the method discovered by those German scientists, which means it has a rather large carbon footprint.

We need nitrogen to survive and we’re swimming in a sea of it, but we can’t get to it. Humans and animals get nitrogen from protein in the food. Plants get nitrogen from the soil. Research on this process, which uses nanomaterials to capture light energy, demonstrates how sunlight or artificial light can power nitrogen fixation. It a potential game-changer.

Renewable energy advocates will immediately recognize the conflict involved in using excess solar or wind power to create hydrogen or ammonia. Neither is really a fuel. Both are actually ways of storing energy for use later.

True believers in renewables suggest if there is any excess electricity lurking about somewhere, it should be stored in a battery, not used to power chemical reactions.

The response is that all methods of weaning the world off fossil fuels are vitally important. Some will be advantageous in certain situations, others will be particularly suited to other applications. The world will need all of them to break the stranglehold of fossil fuels.

“Humanity doesn’t need to recognize value in nitrogen; it needs to see danger in carbon.”