Beyond Burger : The Plant-Based Burger 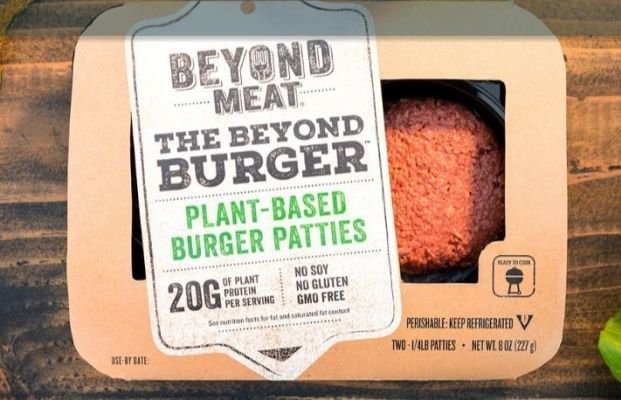 The highly-anticipated Beyond Burger will hit UK supermarket shelves this August. The ready-meal specialist The Authentic Food Co has finalised an exclusive deal to bring the US vegan brand’s Beyond Burger to grocery stores and food-service outlets.

Described as having ‘more protein than a beef burger, with less saturated and total fat,‘ the pea-protein burger will be stocked by Tesco initially in the frozen foods section. The “plant-based” burger uses beet juice to “bleed,” is very close in taste and texture to meat. It is a burger which is so similar to the classic American burger (and far more healthful) that it’s become the first ever plant-based product sold in the meat department at Whole Foods in US.

The best way to get people to eat less meat is by giving them what they love–in this case, a juicy delicious burger – without so many of the health, sustainability, and animal welfare downside of a traditional animal – based burger.

Beyond Meat have confirmed that their international expansion would initially be the Beyond Burger, but have not ruled out adding further products to the line… we’re keeping our fingers crossed that the Beyond Sausage is not far behind!

Beyond Meat has been a huge success with US consumers. The company has doubled sales in 2017 and has increased distribution of its portfolio to more than 27,000 grocery stores and restaurants.

Reflecting rapid demand growth in the United States and sustained interest from international markets, the company is taking steps to significantly increase its production capacity.