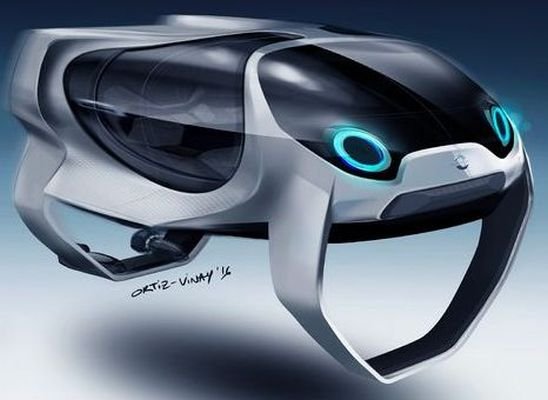 A new zero-emission water taxi called SeaBubbles, developed in partnership with ABB, was taken out onto Lake Geneva in Switzerland where it took the opportunity to show off its capabilities.

The concept for the water taxi, the hydrofoils that give it its lift and the flight control system were designed by Caponnetto-Hueber.

The vehicle uses hydrofoil technology to lift the hull of the boat out of the water and an array of advanced sensors to keep the vehicle perfectly balanced and stable. The sensors work together with the vehicle controls to compensate for the pitch, roll, and height of the vehicle in an effort to minimize the sensations that cause sea sickness.

Sensor data feeds into the fly by wire system – also known as a semiautonomous or computerized control system – that manages the position of the 3 flaps on the foils to keep the craft stable regardless of conditions on the water.

This technology is utilized in America’s Cup racing boats and these are the same resources the SeaBubble team approached to get the system tuned up.

ABB is bringing its smarts to the table with its Ability Marine Advisory System which it calls OCTOPUS.

OCTOPUS has been installed into the SeaBubble taxis and will serve as the brains of the vehicles, taking in all of the sensor data and using it to control the vehicle. The system also relays vehicle telematics data back to the SeaBubble operations center, where the SeaBubbles team monitors its vehicles.

Topics: ABB OCTOPUS Geneva Switzerland SeaBubbles
Previous Post Ikea Pledges To Use Only Renewable And Recycled Materials
Next Post BioFuel : The Next Big Thing, On Way…