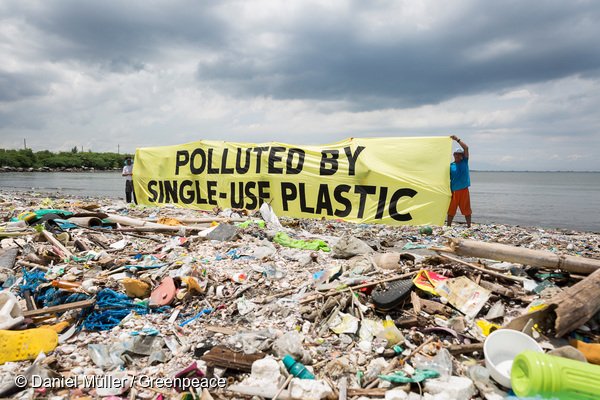 Global Alliance for Incinerator Alternative (GAIA), an an international NGO, conducted a 15-city audit and released its report in May. It revealed that the biggest polluter is branded, single-use plastic used in fast-moving consumer goods (FMCG), which accounts for 26.8 percent of all plastic waste.

Waste was collected from 250 sites: Households, ecologically fragile zones such as beaches and rivers, as well as mountainous regions. The study found that as much as 48 percent of India’s plastic waste consists of multilayer packaging, which cannot be recycled. Almost 90 percent of plastic packaging is used to wrap food.

Multilayer packaging is typically used for edible items such as chips, chocolates and other snacks. These items of packaging are not collected by waste pickers as they have no recyclable value.

According to the NGO’s findings, Parle, Britannia, Amul and ITC are the top four polluters in India while PepsiCo, Perfetti van Melle, Hindustan Unilever and Coca Cola are their multinational equivalents.

The crisis is spawned primarily by corporate practices and strategies, which keep pushing single-use disposables and low-value plastic packaging onto consumers to improve their profit margins.

A spokesperson from PepsiCo cited the company’s commitment to have all its packaging be recoverable or recyclable by 2025 and to support increased recycling of plastic waste. PepsiCo will start using 100 percent compostable, plant-based packaging for two of its most popular products by this year itself.

All India Plastic Manufacturers’ Association declined to comment on the study. Parle and Amul did not respond either but Britannia promised to.

To resolve the plastic crisis, the groups that conducted the brand audit have demanded implementation of a “comprehensive Extended Producer Responsibility (EPR) policy that will clearly identify accountability and responsibility all through the life of a product”.

They also suggested ways of doing it: Product take-back schemes, pay as you throw or waste-users’ fees, advance-disposal fees, deposit-refund schemes, and recycling and composting incentives.