The North Face : “THIS T-SHIRT WAS TRASH” 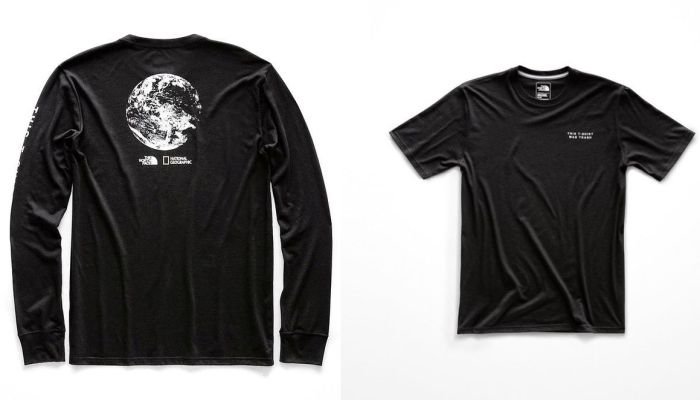 The North Face has joined forces with The Renewal Project to produce a collection of upcycled clothing they’re calling The North Face Renewed.

Rather than throwing away defective or returned garments, they will repair and restore items to sell at a discount. Today, more and more companies are joining the circular fashion movement, within the context of sustainable fashion, and focusing on recycling and sourcing environmentally friendly materials, such as creating leather in a laboratory.

According to the U.S. Environmental Protection Agency ( EPA), landfills received 10.4 million tons of municipal solid waste (MSW) textiles in 2014, which accounted for 7.7% of all MSW landfilled. Rather than contribute to this wastage, The North Face coats, shirts, pants and various other items will be refurbished and on sale for anywhere from $26 to upwards of $100 through September as part of the North Face Renewed pilot phase.

But that’s not all The North Face is doing to combat waste. In an effort to protect and celebrate America’s national parks, it has teamed up with National Geographic to produce limited edition Bottle Source tees for $35.

These shirts are created out of plastic bottles sourced from the waste streams in national parks such as Yosemite and the Great Smoky Mountains. More than 160,000 pounds of plastic bottles were collected from the parks and transformed into the T-shirts, which are branded with, “THIS T-SHIRT WAS TRASH.”