Kolkata To Get e-car Rental Facility 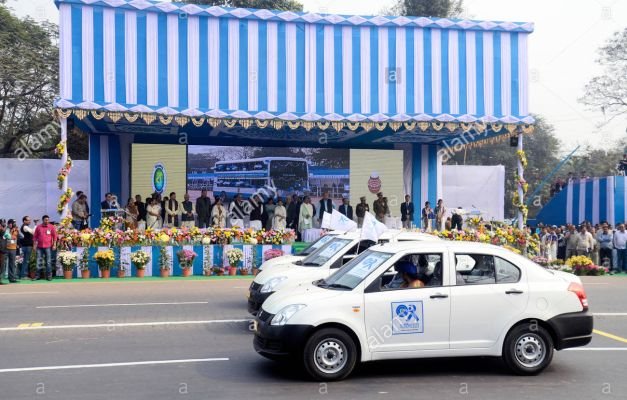 Kolkata State Transport department is turning a new leaf by giving all support for the promotion of electric vehicles.

The state Transport and Environment minister, flagged off Mahindra’s all-electric smart city car the e2O Plus, that one can take on rent through the Zoomcar platform for self-drive.

Kolkata is the third city after Mysore and Hyderabad, where the facility of taking e-cars on rent for self-drive purpose has been launched. The state government will be introducing 80 electric buses in August.

The ministery has assured that the officials will be taking necessary steps to ensure that clearances for permits of these vehicles are given within 5 working days, after it is applied for.

At the same time, the owners of electric vehicles will also be allowed to recharge their vehicles at the charging points where the electric buses of the West Bengal Transport Corporation get recharged. They will be charged just the electricity cost under the “no gain no loss” policy.

An electric car can be taken on rent at a rate of Rs 9,999 per month. One can also take it on rent for some hours. In that case, the person has to pay Rs 20 per hour.