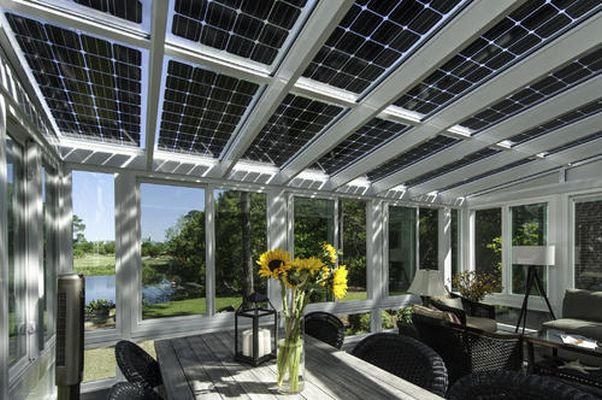 This could be ‘Solar Energy’s Next Big Leap Forward’ in terms of it’s cost-effectiveness, this time led by technology improvements.

Manufacturers are beginning to test and produce bifacial solar panels — panels that generate power from sunlight hitting the front or back of the solar panel. Collecting energy from the back won’t double a panel’s output, but it could add 15% to 25% to production, which in turn could reduce the cost of future solar projects by up to 20%.

Before you start thinking that all solar panels will eventually be bifacial, the gains will depend on the specific project. A utility-scale project where solar panels follow the sun’s path with trackers could have significant gains because there’s space between panels and ambient light that hits the back of a solar panel (see the picture above).

A residential or commercial solar system, which is mounted to a roof and blocks the back of the panel from the sun, may not get any benefit from bifacial panels.