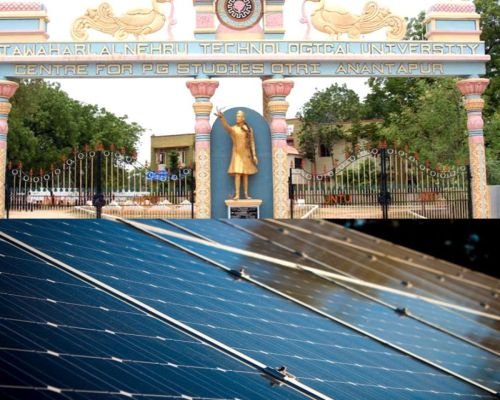 Two power plants each with a capacity of 500 kW would be executed under the central government scheme of Ministry of New and Renewable Energy (MNRE).

Dubbed as RESCO model, the project would be implemented by Solar Energy Corporation of India (SECI) with its own investment. All that the JNTUA would have to do is just make available its roof top buildings space free of cost.

Under the MoU reached between JNTUA and SECI, the later would finance the project and also maintain the project for 25 years. The SECI would call for tenders in which multi-national companies would participate.

Currently JNTUA is incurring Rs 2 lakh for its power bill every month and annually Rs 24 lakh. SECI would be supplying the power at far lesser amount which would not only save on power bill but would also help reduce carbon footprint.

A host of government departments and educational institutions apart from local bodies are turning to green power to economize on their huge power bills.

The NSEC is giving them soft loans on easy installments. The life of solar panels is 25 years. Every institution can realize their investments or repay loans in less than five years. For the rest of 20 years, power supply is free of cost.