Solar Car That Keeps Charging, As You Drive 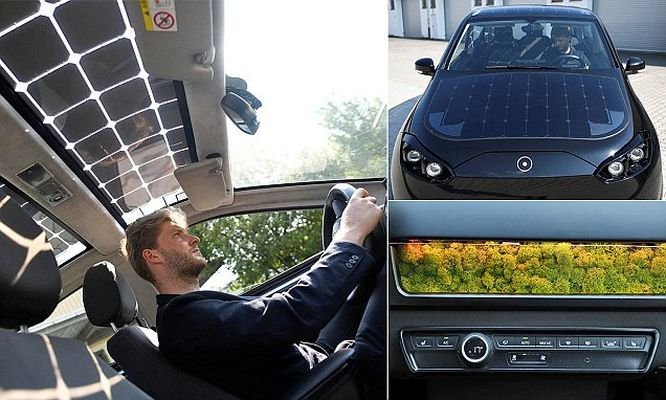 Sion car, an all-electric solar vehicle that lets you charge as you drive.

A Munich-based start-up, Sono Motors, founded in 2016, is developing the Sion, a fully-electric vehicle that has solar cells integrated into its bodywork. It can be charged via solar power, from conventional power outlets or other electric cars.

Sion will have 330 solar cells attached to the vehicle’s roof, bonnet and sides and its battery system will offer a range of around 250 km (155 miles) before it needs recharging.

The car has a seat heater, there is air conditioning, there is a large infotainment system where one can also connect the phone.

The full efficiency of the Sion is guaranteed by the lightweight design. The exterior is mainly made up of rust-proof polycarbonate. It further is scratch-resistant. The most unique feature in the body work are the solar cells, which are located on the roof, on both sides as on the hood and the rear.

An upfront battery purchase will be worth another 4.000€. The battery can also be availed for an EMI.