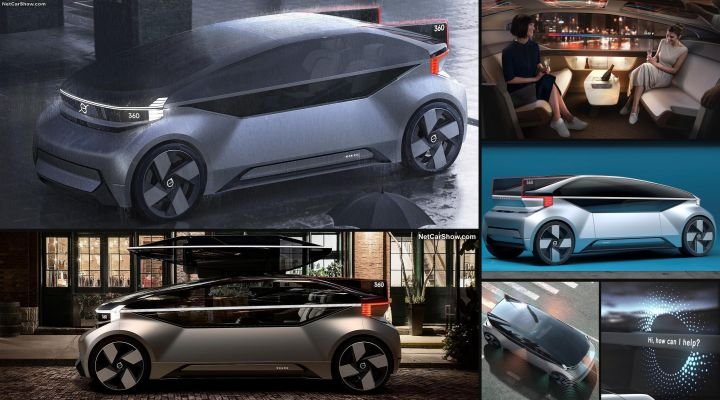 Autonomous drive and safety are closely linked, and the technology has the potential to deliver the most significant improvement in traffic safety since Volvo Cars invented the three-point safety belt in 1959.

Fully autonomous cars will be introduced in a mixed traffic situation where driverless cars without a human driver will share the road with other road users. In such a traffic situation, it will no longer be possible to make eye contact with and learn about another driver’s intentions, a central element of today’s everyday traffic interaction.

The 360c addresses this challenge with a system comprising external sounds, colours, visuals and movements, as well as combinations of these tools, to communicate the vehicle’s intentions to other road users.

Volvo wants that 360c communication method should be made a universal standard, so all road users can communicate easily with any autonomous car, regardless of which maker has built it.

The 360c represents Volvo Cars’ vision for a future of travel that is autonomous, electric, connected and safe.