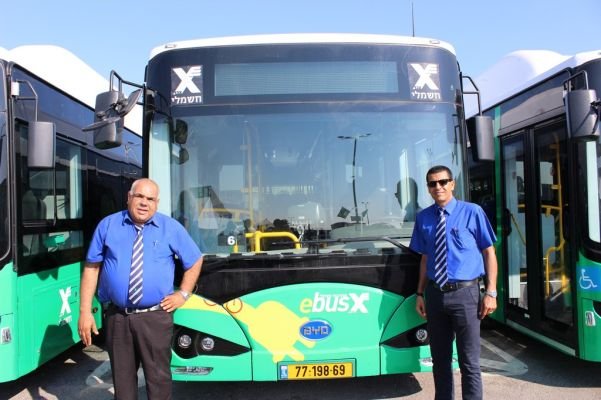 BYD confirmed that it has secured a contract to bring the first electric buses to the historic city of Jerusalem.

The 7-bus order confirms a tender that BYD won in 2016 and builds on the 17 buses BYD provided to the port city of Haifa in northern Israel. Transit operator Egged has been running the buses in Haifa around the region since the middle of last year, and after spending a few months with the electric buses to see how they performed on the varied landscape of norther Israel, Egged dove back in for seconds.

At 800 meters above sea level, Jerusalem is surrounded by mountains, and Haifa proved to be the perfect testing ground for BYD’s ebuses for Egged as it explores the latest electric bus technology from BYD.

BYD’s proven track record in more than 50 countries around the world in terrain ranging from mountainous to flatland up to the cold northern climes of Canada and down to the arid deserts of the Southwestern United States makes it a reliable supplier for Israel’s transit fleets.

BYD’s more than 23 years of experience in batteries backs up its industry-leading warranty that gives buyers more confidence in what, for most buyers, represents a completely new type of vehicle.