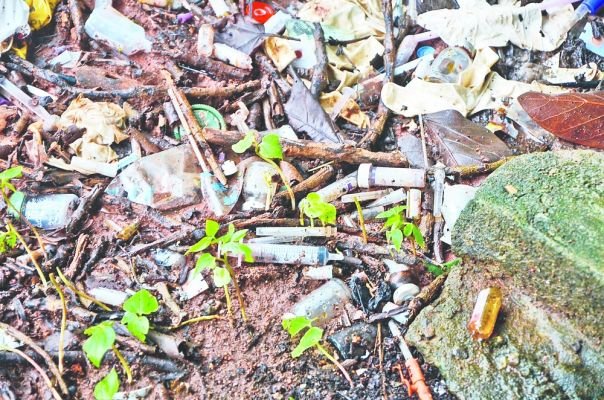 Biomedical wastes are a serious health hazard as they unleash harmful viruses, bacteria and parasites in the air but many health-care facilities do not follow the rules for their disposal.

The Biomedical Waste Rules 2016 stipulate that wastes generated in hospitals have to be segregated and handed over to government-approved agencies for disposal in a scientific manner.

However, in contravention of the rules, blood-stained cotton, used surgical gloves and syringes and even human fetuses are often found in vats and on vacant plots in the city and its adjoining areas.

Viruses, bacteria and parasites that escape into the environment from these articles contaminate the air and seep into the soil and mix with underground water. Such contamination can lead to hepatitis, typhoid, cholera, skin or soft tissue infections, according to doctors.

The hospitals are supposed to keep the wastes in colour-coded containers. Body parts, placenta and cotton waste are to be dumped in yellow containers. Sharp instruments such as blades and scalpels are to be thrown into white containers.

The items in the yellow and white containers are burnt.

Plastic and rubber IV tubes, gloves and aprons are to be kept in red containers, while metallic implants, glass equipment and slides are to go into blue containers.

The objects in the red and blue containers are treated under high pressure in autoclave chambers and recycled to an extent.