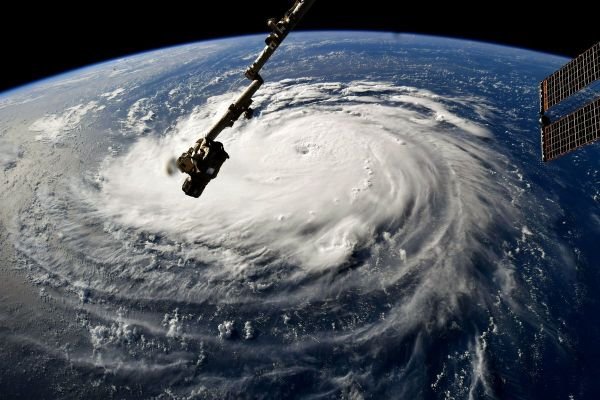 The National Weather Service calls Florence “the storm of a lifetime.” Donald Trump, exhibiting all of his intellectual gifts, has warned it will be “tremendously wet.” Florence is already the first major hurricane to make its first US landfall so far north.

“Storms like that don’t usually make it that far west. But it’s moving at a steady clip and bearing down on some pretty vulnerable parts of North Carolina,” as per The Guardian.

“The primary fuel for hurricanes is a warm sea surface, which is getting warmer with climate change. While we can’t attribute this hurricane solely to climate change, we do expect these types of intense hurricanes to happen more often as the world warms.” as per Dr Kelly McCusker, a climate scientist at the independent economic research firm Rhodium Group.

Florence is expected to create a 13-foot storm surge along the Atlantic coast and bring up to 3 feet of rain to inland areas. That will depend on whether the storm stalls and remains stationary over the area for an extended period of time or continues moving away from the coast.

The potential for environmental disasters resulting from the storm are high. There are 16 nuclear reactors in the area where Florence is supposed to hit, some of them that use the same design as the Fukushima reactor in Japan.

In addition, there are millions of gallons of hog excrement in lagoons in the path of the storm, dozens of toxic waste sites, and a number of coal ash pits. If any or all of the contents of those facilities get into a public water supply, a full scale disaster will be in the offing.

In a world where warning signs of imminent danger are everywhere, we are behaving like that Man whose house was about to be flood and so was offered help from neighbor with a car, a boatman and a Helicopter but he kept on saying “My God will protect me” and so ultimately he is flood and reaches Heaven, face to face with God and complains, to which God says,” I sent you a car, a boat, and a helicopter. What more did you expect from me?”

When it comes to addressing climate change, the waters really are rising. Failing to recognize the signs that are all around us is an act of willful self delusion that puts the entire human race and all living creatures at risk.

There is a point at which belief just becomes a willful blindness to reality.

That point is upon us now as Florence crashes ashore and two more are developing in the Atlantic that are expected to follow much the same path as Florence. Something similar we are witnessing in flood battered India state of Kerala.