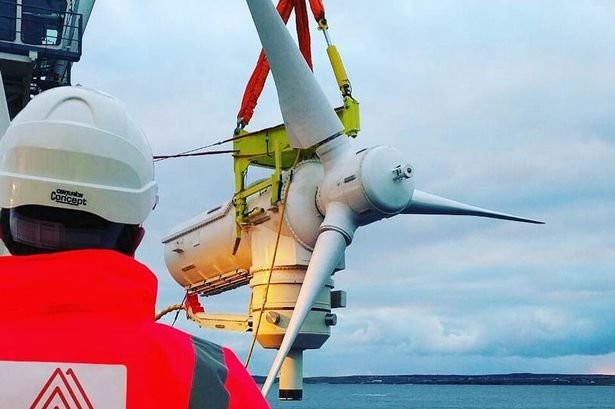 SIMEC Atlantis is also the parent company behind the world’s largest tidal stream away, the 6 MW MeyGen array located off the very north of Scotland. MeyGen is made up of 4 of the company’s 1.5 MW turbines, and acts as a precursor to the expansion and development of a further 86 MW which has already been consented.

This project had already generated over 8 gigawatt-hours (GWh) of energy to the grid, including a world record (for tidal energy) 1.4 GWh in a single month (July).

It has now formally unveiled its next product, the 2 MW AR2000 tidal power turbine system which includes the largest and most powerful single-axis turbine available on the commercial market — which is expected to be available from the fourth quarter of 2019.

The AR2000 has been in development for over two years and builds on the company’s AR1500 model which is deployed at MeyGen.

The AR2000 will be offered as part of a larger rotor to grid tidal generation system “with an array architecture that allows multiple turbines to be connected in parallel, reducing the cost and impact of the subsea infrastructure.”