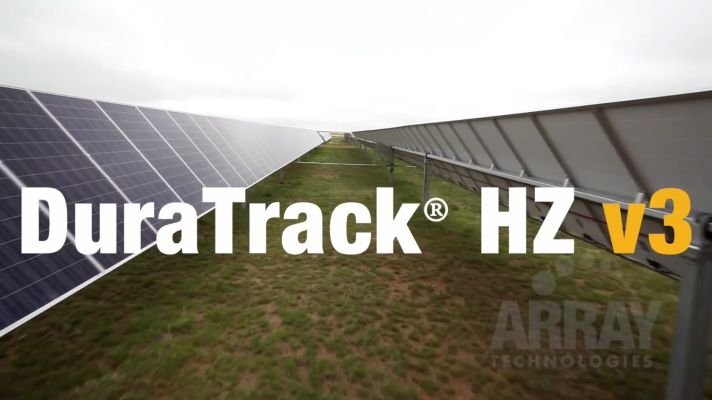 The DuraTrack HZ v3 is the latest generation of solar tracker developed by Array Technologies. It has added a set of software algorithms dubbed SmarTrack in its solar trackers thus enhancing the system ability to react to weather and site conditions.

They have created a suite of software which consists of three separate machine-learning algorithms, all of which are fine-tuned to maximize power output in different scenarios.

Bifacial panels work best on solar trackers, since the source of sunlight moves during the day, it is best captured by the moving tracker mechanism.