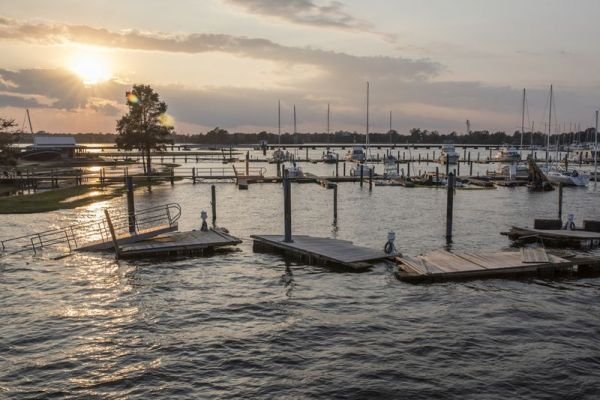 Hurricane Florence provided a test of how the solar power systems stand up to severe weather as renewable energy use increases, particularly solar, which is growing faster in the Southeast.

North Carolina has more solar power than any state other than California, much of it built in the two years. It was battered by Hurricane Florence’s powerful winds and record rainfall but these solar farms held up with only minimal damage while other parts of the electricity system failed, an outcome that solar advocates hope will help to steer the broader energy debate.

When Florence made landfall on Sept. 14, it caused power outages across the region. As energy experts point out, the most vulnerable part of the system is not new at all: it’s the power lines and other equipment that transport electricity to customers. The most breakable parts are “the wires themselves, the overhead lines which cause outrage.

Duke Energy said 1.7 million of its 3.4 million customers in North Carolina had power outages at some point during or in the aftermath of the storm. However by Thursday morning, power had been restored to all but about 80,000, and the company expected power to be fully restored next week.

We think, ‘Oh it’s the wind, it’s the panels flying around.’ But that wasn’t found to be the case instead it was temporary shutdowns or because of grid damage or other external reasons but not due to solar farm damage.

It’s difficult to predict when all solar facilities will be back online. The floodwaters are still going up in places. Some areas are still so flooded that operators haven’t been able to access solar farms. And being submerged for days can pose a problem for solar-farm components such as inverters and batteries (if used).

“A lot of people around the world were looking at Florence as a good test for solar generation’s resilience, we can safely conclude that it came out with flying colors. Solar can be designed and can be installed to be extremely resilient to the most extreme winds although a way to protect them from flooding has yet to be devised.