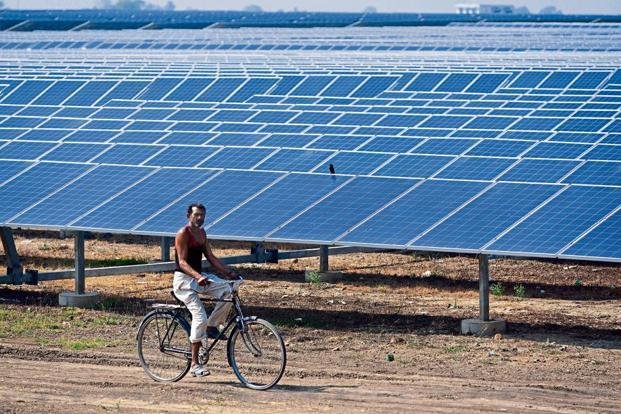 On bidders request, Solar Energy Corporation of India (SECI) has deferred a tender for 10,000 megawatts (MW) of solar power till 12 October, as bidders are busy securing tie-ups for domestic manufacturing and completing ongoing negotiations for sourcing modules at better prices.

There are five packages of 2000 MW each for the largest global solar tender. A successful bidder will have to set-up a domestic manufacturing capacity of 600 MW each for every package won.

The efforts is aimed at further lowering the country’s solar power tariffs and provide a boost to the National Democratic Alliance (NDA) government’s Make in India plans.

To be sure, this is the second time the tender linked with setting up 3000 MW of domestic manufacturing capacity has been deferred.

According to a notification on SECI’s website, the last date of bid has been extended till 12 October. These contracts will be awarded to developers who will quote the lowest price at which they will sell electricity in the auction process for the grid-linked capacity.

To encourage solar manufacturing, the government introduced the manufacturing-linked solar scheme, where developers would be provided with assured power purchase agreements (PPA). India, the world’s third-largest energy consumer after the US and China, is running the world’s largest clean energy programme.