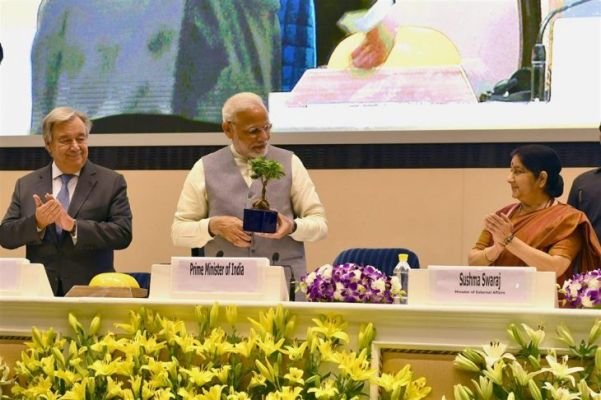 The Secretary General of the United Nations, Mr. Antonio Guterres, was present on the occasion.

He said this is a great forum to work towards ensuring climate justice and added that the International Solar Alliance could replace OPEC as the key global energy supplier in the future.

The Prime Minister said that the effect of increased use of renewable energy is now visible in India. The target is to generate 40 percent of India’s total energy requirements in 2030, by non fossil fuel based sources.

Besides solar and wind power, India is working on biomass, biofuel and bio-energy. He said efforts are being made to make India’s transport system clean fuel based by converting bio-waste to biofuel thus converting a challenge into an opportunity.

He emphasized that if the dream of “One World, One Sun and One Grid” is followed, uninterrupted power supply can be ensured.

This is an edited PIB News-Feed