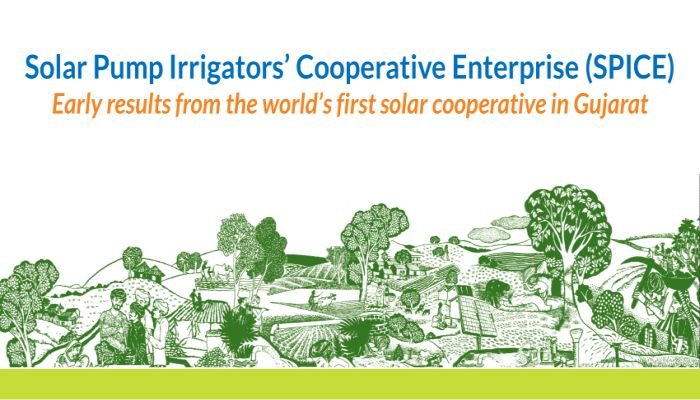 A group of 11 farmers in Mujkuva village of Anklav taluka, nearly 17 km away from Anand, Gujarat have taken up solar to irrigate their farms.

This initiative has been taken under Mujkuva Solar Pump Irrigators’ Cooperative Enterprise (SPICE), which was launched by Prime Minister Narendra Modi on September 30, 2018.

As many as 11 farmers in our village are using the solar energy to pump out borewell water to irrigate their farms. Most of them are irrigating for one to two hours a day, leaving behind surplus to be sold at ₹3.24 per unit.

The mandali that was formed with the help from the National Dairy Development Board (NDDB), headquartered in Anand, is selling the surplus to Madhya Gujarat Vij Company Limited (MGVCL), a state-owned power distribution company.

The farmers are currently using 15 HP water pump and the energy being generated from the 150 kW solar panel is around 90 to 100 units per day.

Gujarat government has been rolling out initiatives to empower the farmers by generating electricity on their farms like Suryashakti Kisan yojana (SKY) in which farmers are provided with solar panels to generate power on their lands.