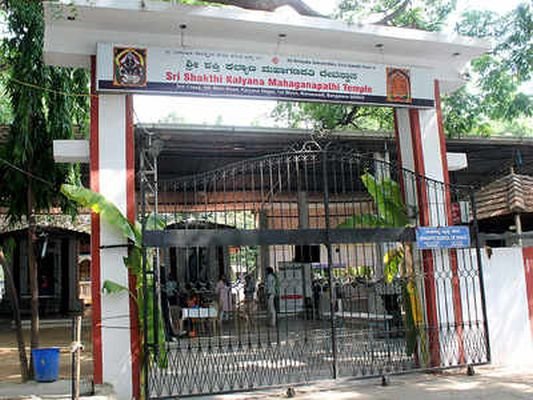 One of the first temples to compost flower and kitchen waste was the Shakthi Mahaganapathy temple in Kalyan Nagar, Bengaluru. The ‘zero waste’ temple has also invested in drum digesters for kitchen waste.

After installing these in June 2016, the temple management harvested over three tonnes of ‘holy compost’ in October last year and sold it at a premium. The temple’s success story seems to have captured the attention of the managements of many other temples in the city.

The idea of ‘holy compost’ is fast gaining ground. Now, nearly 40 temples have installed leaf composters to process flower waste. They are yet to market the compost, but the trend shows that an increasing number of temples are adopting eco-friendly measures.

A leaf composter was installed at the Venugopalaswamy temple in Malleswaram on Tuesday while two will be installed in the Kadu Malleswara temple complex next week.

According to Vasuki Iyengar, who helped install these composters, most temples use flowers, such as marigolds, chrysanthemum and tulsi. “Some temples are also keen on composting vegetable peels, coffee and tea grounds, apart from the leaf bowls (donne in Kannada) that are used to distribute prasad,” he said.

“A lot more temple managements are now open to discussing in situ processing solutions, as there is better awareness. That apart, such solutions require little investment and are not dependent on heavy machinery.”