Global Warming Impacts On India Will Be Huge: IPCC 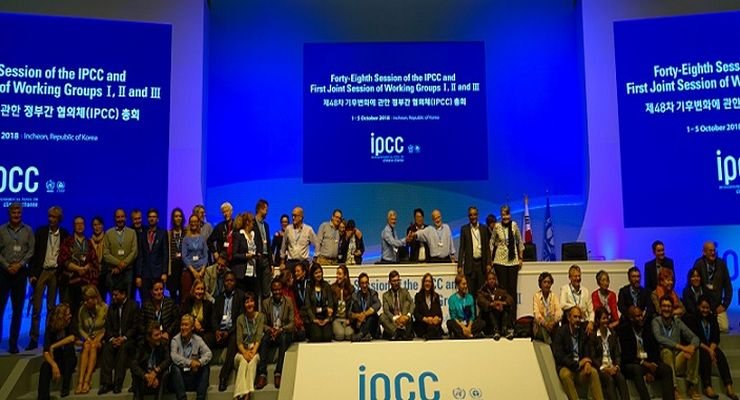 The latest report of the UN’s Intergovernmental Panel on Climate Change (IPCC), formally released on Monday, warns that global warming is occurring faster than anticipated and that it can have devastating impacts if steps are not taken to cut down emissions.

India will be among the worst hit countries that may face wrath of calamities like floods and heatwaves, and reduced GDP.

Human activities have already raised the global temperature by one degree centigrade compared to the pre-industrial levels. The global warming is now likely to reach 1.5 degree between 2030 and 2052 if it continues to rise at the current rate, the Special Report on Global Warming of 1.5 degree C has warned.

The report has been prepared in response to an invitation from the United Nations Framework Convention on Climate Change (UNFCCC) when it adopted the Paris Agreement in 2015. The report will provide key scientific inputs to government leaders when they meet in Poland in December to review the Paris Agreement.

In terms of impacts of global warming, the report notes that the world is already witnessing the consequences of 1 degree global warming in the form of extreme weather events, rising sea levels and diminishing Arctic sea ice. There will be long-lasting or irreversible changes like the loss of some ecosystems if the temperature rises further.

Dr. Roxy Mathew Koll, a scientist at the Pune-based Indian Institute of Tropical Meteorology who was one of the reviewers of the special report, said South Asia, particularly India, Pakistan and China are hotspots in a warming world.

All climate projections point out that these regions will be exposed to multiple and overlapping hazards at even 1.5 degree rise. The impacts will include intensified droughts and water stress, heatwaves, habitat degradation, and reduced crop yields.

“The report shows that if the global temperature increase goes up to 2 degree C instead of 1.5 degree C, the largest impact on economic growth will be (reduced GDP) on countries like India, and those in southeast Asia and Africa,” Dr Koll said while speaking to India Science Wire.

Floods of all kinds – riverine floods, those due to snow melt and coastal flooding due to sea level rise – are increasing, and are projected to increase further. “Both the intensity and area affected by floods due to extreme rains and snow melt contribution are projected to increase over India. More than 50 million people in India would be directly affected by sea level rise and associated coastal flooding,” Dr Koll added.

Other weather events will also change in frequency and intensity. For instance, he said, there is an increasing frequency of cyclones over the Arabian Sea their number is a decreasing in the Bay of Bengal. However, the ratio of severe cyclones to cyclones is increasing in the Bay of Bengal. Another impact may be the shortage of fish-based protein in the Indian Ocean due to rapid degradation of key ecosystems such as coral reefs, seagrass and mangroves and factors like pollution, overfishing, unsustainable coastal development.

Extreme heatwaves too could be the new normal in India. “One of the most robust impacts is going to be related to temperature, which to a certain extent, we have started witnessing in India,” pointed out Dr Vimal Mishra of Indian Institute of Technology Gandhinagar, whose research work on heatwaves in India has been cited in the report.

“There will be manifold increase in the severe heatwave frequency and population affected in India if the global mean temperature rises to or beyond 1.5 degree by the end of the century. The other most noticeable impacts are likely to revolve around the projected rise in mean and extreme temperature in India, which certainly will affect agriculture, water resources, energy, and public health sectors,” Dr Mishra explained while speaking to India Science Wire.

Dr Raghu Murtugudde, professor of atmospheric and oceanic science and earth system science at the University of Maryland, said “whatever is the warming level, India is special. The monsoon is diminished by ice ages and global warming also has done the same. But this was most likely related to pollution (aerosols) under global warming. So India needs to focus on improving air quality which can deliver returns in health and productivity as well as the recovery of monsoon.” The efforts should include reforestation which would reduce the impact of extreme events fueled by warming of the surrounding oceans and neighbouring lands.